On Wednesday McDonald's began to distribute fictional and non-fiction books with childrens 'Happy Meals' in the UK. This is an effort to boost literacy for British children backed by the National Literacy Trust. McDonald's will in effect become the UK's largest children's book distributor with more than 15 million books estimated to be given away over the next two years.

With the ongoing debate around the morals of marketing directly to children this is both an interesting and great strategic approach by McDonalds. It has already led to a lot of positive PR and will surely win the admiration from parents and the general public alike.

The first Mc Donald's TV advert featuring Willard Scott who is cited as the creator as well as the first actor to play "Ronald McDonald, the Hamburger-Happy Clown" in a TV commercial. This 1963 advert can be watched below:

Over the years and after changing his name, 'Ronald Mc Donald' became an iconic image. TV Adverts were directly marketed to children often with a buy, buy, buy, eat, eat, eat overtone. The video below is one of my personal favourites from McDonalds due to it's bizarre and surreal nature.

It will be interesting to see if Mc Donalds 'Happy Readers' campaign will evolve in time and whether integrations with e-books and SMART TV's are utalised.

I feel that there is a huge opportunity for fast food outlets to increase their reach and profit through education using books, mobile, tablets and SMART TV's over the next three years. Furthermore, when children are old enough to purchase fast food the loyalty built up from cheap toys (for most of us) has gone. If education is embraced and integrated within the ethos and digital engagement occurs across multiple platforms a lifetime of brand loyalty may be achievable.

Other fast food characters not to be forgotten I was asked to devise and manage an experiential marketing concept for the Nokia Foundation. They wanted something to attain, interest, PR, footfall and engagement whilst promoting the new Nokia N8 mobile device.  I inserted the ‘interactive graffiti’ wall (as seen on Dragons Den) into an outline of a Nokia N8 mobile phone. This is what happened next… Once participants artwork had been completed they were invited to have their design printed onto a T-Shirt free of charge.
Thom from Future Platforms (sporting his design whilst speaking at the conference Photos compliments BenJammin Ellis. Some rights reserved.
Me and my design: Selection of artworks created in the Nokia Lounge on Friday & Saturday The result… A lot of fun! Outside of the Nokia lounge there was a lot of learning and other fun things to do. These ranged from a mobile hackathon and flying iPhone controlled aircraft to Duckhunt and Qi Gong. For more information click Here I would like to thank all of the Mobile Monday & Over the Air organisers, Mathew Cashmore, Helen Keegan and the Nokia Foundation team especially Tina Yang & Greg Merten. Recently a (Twitter) contact of mine ‘MTrends’ tweeted out a slideshow predicting some of the innovative changes that are due to occur within mobile in the next ten years.  It uses informaiton, data and thoughts from a number of leading organisations and bodies within the mobile sector. These predictions highlight areas ranging from iphone penetration to the innovative ways in which mobile technologies will help bridge societies & communities.

It is an excellent and inspiring presentation focusing on the positive impact mobile phones will increasingly have.

Radio 1 listeners will be able to send picture messages from their mobile phones to Radio 1 for free this Friday (11th December).

Listeners in the United Kingdom will be able to send free picture messages to the BBC Radio 1 messaging number (81199), for a chance to see their images featured on the Radio 1 website. UK participants on both pay as you go & monthly contracts will not be charged as part of the Radio 1s ‘free picture message day’.

It will be interesting to see how much over the air exposure Radio 1 DJs such as Pete Tong & Annie Mac give to this project. The Mobile Data Association (MDA), brought together each of the UK’s major mobile network operators to form a partnership with the BBC which aims to get more young people involved with the station. The MDA has also launched an educational website with the long-term aim of helping people to send picture messages: http://www.getsettings.org .

Ben Chapman, Interactive Editor at BBC Radio 1, said: “Our goal is to mix the listeners’ picture messages with images of our DJs in an innovative way, so they all follow the theme of a well known piece of music. It’s a brilliant opportunity for Radio 1 to produce interactive content while explaining how to get the most out of mobile phones, and it encourages more interaction with our DJs.” 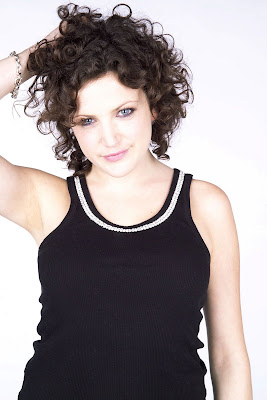 Martin Ballard, Operations Director at the MDA, said: “BBC Radio 1’s Picture Messaging Day should provide a springboard to generate further interest in the medium. Our getsettings website aims to address configuration issues around older handsets in circulation and SIM-only contracts. But the emergence of increasingly sophisticated and affordable devices means users can begin to capitalise on the rich mobile messaging facilities which are now available, as they did with text messaging at the beginning of the decade”.